A Candidates Forum on Racism and Racial Justice:

This event is free and open to the public.

Watch the video from the Candidates Forum!

Time to register to vote! To vote in the primaries, the deadline for registering is August 15th (prior to our Forum). We should have voter registration on site during the Forum for the general election. 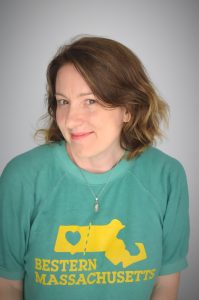 Kate is a muckraking journalist who has covered the turning points of the 21st century as a documentary filmmaker at CNN – from the erosion of civil liberties after 9/11, to the rise of the netroots movement to take back politics from wealthy donors and corporate interests during the Dean campaign, to the police shootings of unarmed civilians fleeing the floods after Hurricane Katrina. In 2007, she joined the Obama campaign as Director of Video, and produced the first White House Summit on Health Care Reform in 2009. She returned to journalism at VICE and then MSNBC, and then served as communications director for Zephyr Teachout’s run for New York governor in 2014, and as deputy campaign manager for Ready for Warren in 2015. She recently co-founded Rural Organizers to build a strong rural progressive movement across the country. 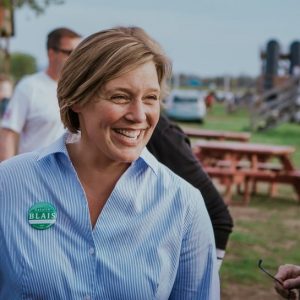 Since moving to Western Massachusetts over a decade ago, Natalie has worked on behalf of the residents of western Massachusetts in various public positions. As Economic Development Director for Congressman John Olver; constituent services and special projects manager for Congressman Jim McGovern; Chief of Staff for the Chancellor of UMass Amherst; and Executive Director of the Franklin County Chamber of Commerce, Natalie has the hands-on experience to advance the priorities of the First Franklin District. She has been endorsed by the Massachusetts Women’s Political Caucus, Retired U.S. Representative John Olver, Retired State Representative Ellen Story, State Representative John Scibak and many others. She currently lives in Sunderland where she has served as an elected member of the Board of Library Trustees since 2011.

Born and raised in the Western MA Hilltowns, Christine is the only candidate who is a farmer, an attorney, and has also worked on Beacon Hill. She is on the board of the Old Creamery Co-op, co-founded her town’s Education Committee, and provides free legal services to the community.

Christine and her family live and work on their 3rd-generation sheep farm in Cummington. Moving from GMO crops toward organic farming and clean energy, despite state and corporate obstacles, she has become deeply informed about state and federal farm grants, solar, and food production.

Christine has earned Candidate Distinction from Moms Demand Action for Gun Safety in America, and is endorsed by Massachusetts Voters for Animals. Uniquely, her campaign materials use no single-use plastic and only 100% recycled paper.

You can find out more information about Christine at: 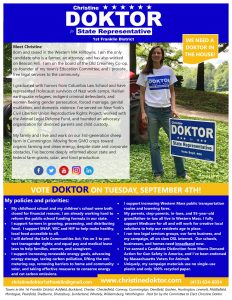 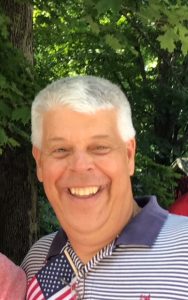 Jonathan is a five-term, 14-year member of the Whately Selectboard where he currently serves as Chair. During this time he has developed cutting edge programs to maximize the effectiveness of local government service delivery, such as being a co-founder of the South County Emergency Management Service with the towns of Whately, Sunderland, and Deerfield, serving as the Chair of the South County Senior Center Board of Oversight, and as a community volunteer serving as the President of the Frontier Cal Ripken Youth Baseball League. Professionally, he helps direct Tech Foundry, a no-cost-to-students IT workforce training program that trains individuals, the majority from communities of color and hard-to-reach neighborhoods, for a sustainable career in IT. Tech Foundry students are typically from populations at or near the poverty line. The work of Edwards and others is dramatically diversifying companies across greater Springfield as well as the larger IT workforce as a whole. 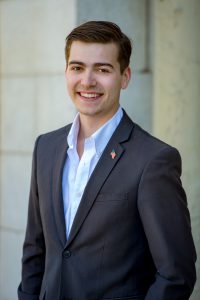 Casey is a local volunteer firefighter and community organizer who chairs the Worthington Democratic Town Committee. He was hired as the youngest full-time staffer on Bernie Sanders’ presidential campaign and has devoted his life to advocating for working class families—from getting big money out of politics to walking the picket lines with our nurses and teachers and fighting for Medicare for All. Set apart in this race as a lifelong resident and graduate of the district’s public schools, Casey has the deep local understanding to be effective and the strong progressive record to be transformative. 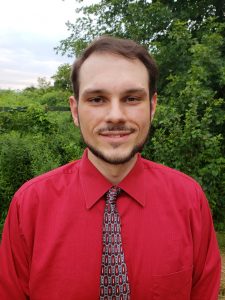 Nathaniel has lived in the 1st Franklin district for effectively his whole life, first in Shutesbury and then in Sunderland. He’s a Democratic Socialist, a lifelong progressive, and a staunch supporter of LGBTQIA rights. He’s also a poor person. More than anything else about him, this distinction informs his success in life, his health, and his happiness. Nathaniel is running for office to fight for better protections for workers and to improve access to unions. But he’s also running because representation matters. The poor are without a doubt the largest and least represented group. As Nathaniel says, “It’s time we had a voice in the legislature who has been on section 8, EBT, and MassHealth. Someone who will speak for the poor, not just as a political charity, but as a ferocious advocate for their needs. My opponents like to tout their political pedigree, citing their experience in business. Well, experience does matter. But the experience of the average citizen of the commonwealth doesn’t look like that of the average politician, and it’s time that changed. It’s time for the have-nots to have a say.” 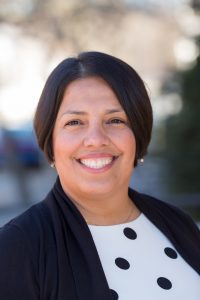 An immigrant from Colombia and a 17-year resident of the Pioneer Valley, Francia brings a fresh voice and perspective to the race for 1st Franklin State Rep, as well as years of experience working in public education, social services, and social justice in Western Massachusetts communities. She holds a Master’s in Education from UMass Amherst, and was elected to two terms on the Greenfield School Committee, including one as Vice Chair. Francia has been a tireless advocate for working families, children, and community development, including currently serving as Chair of the Hampshire/Franklin Commission on the Status of Women and Girls, a board member of Leadership Pioneer Valley and the Shea Theater, and an elected member of the Montague Town Meeting. She was recently endorsed by Franklin County Continuing the Political Revolution (FCCPR) and Maria’s List, a Boston-based organization focused on elevating diverse progressive candidates who promote equity, work to close opportunity gaps, and promote accountability and a robust democracy across Massachusetts and the United States.

Co-sponsored by Visioning B.E.A.R. Circle Intertribal Coalition and Not in Our Town–Greenfield.